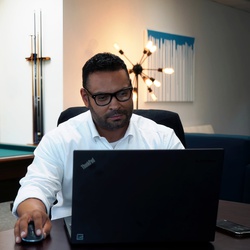 Maximus Tyrannus Avery also known as Max Avery was born on December 21, 1985 in Fayetteville, Arkansas, USA. He is an only child. His father, Iram Rodriguez was a math professor at Westark (UAFS) and fiber optic technician, and his mother, Pamela Bolding was an artist and songwriter. Max has appeared in plays including Romeo + Juliet, Macbeth, and The Picture of Dorian Gray and in his younger years worked in lesser roles for television commercials.